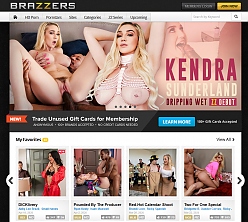 More and more non-American performers are lending their talents to the ZZ stable. This would usually be very welcome but many members seem annoyed at the all-British encounters and the resulting accents, finding it rather off putting. If that seems like an overreaction, you must recognize that some British performers appear to be cast purely for their artificially-enhanced bimbo-style bodies, and not their acting talent.