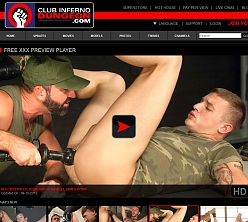 The Dungeon is clearly a place where image quality is important. Videos reach High Definition resolutions, streaming at a peak of 960x540 pixels and look very nice. Photos accompany most every scene and also look good in 1280px frames, viewable online in neat galleries.

A new scene arrives in the Dungeon every week, on Mondays, and adds another notch to the black leather belt of the sites archive. There are already 399 scenes and 576 galleries online and you can get access to it all for less than other folks just 'cause you're a Mr. Pink's reader. How does $14.95 per month sound?

Cons:
None of the video content held in this here Dungeon is available in any kind of downloadable form. Instead, you're left with streaming videos that, while very attractive and convenient, don't have the allure of a 720p or 1080p HD MP4 file on your hard drive.