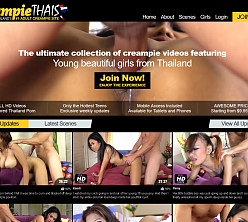 Pros:
Home to an exclusive collection of hardcore sex-tape style shoots all ending with creamy internal load dump that gives the ladies something to remember their co-star by. The sex tends to be a bit sedate here but that just leaves you with plenty of chances to ogle the marvelous bodies of the sexy Thai cast.