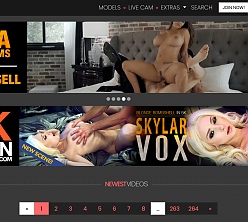 Speaking of absences, Kelly Madison quite performing adult a few years ago and hasn’t been featured on the site bearing her name since. Any adoring KM fans will still want to throw themselves into this archive as there’s no other place on the ‘net so heavily loaded with Kelly’s best work. Just don’t expect to see her appear in any new updates.