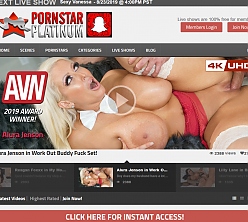 A very strange issue that only some viewers will find annoying: scene synopses are generally written from the perspective of the female performer (though clearly not by the woman herself). This means you’ll read a rundown of a particular scene and be focused on the experience of the female performer. Yeah, it can get a little confusing at times.