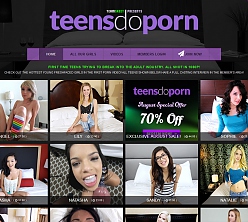 High Definition 720p and 1080p videos (streams and downloads) offer strong visuals that place you right in the hotel suite with the first-timer you're now such a fan of. Photo galleries accompany all videos and provide both 1350px and 1620px image sizes. The photography itself is fairly no-frills yet delivers good shots of the girls when dressed or naked, and usually manages to capture the action quite well.