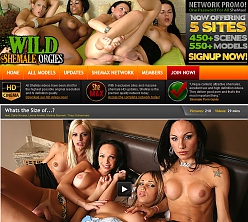 Videos, though High Definition, peak at 720p resolutions, not the 1080p size offered by many other sites. Streaming videos must be fully loaded before you can start skipping around the timeline to find your favorite raunchy trans-act. Supplementary video formats would also be a welcome addition.